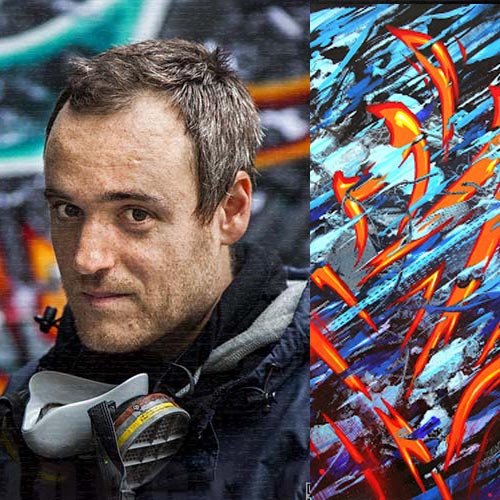 Katre has been interested in comics, photography and drawing since his youth.

At the beginning of the 1990s, he discovered graffiti and became passionate about this practice which allowed him to express himself outdoors and to exploit all kinds of surfaces. Between 1998 and 2005, he got involved in the association "Steus" and his activities oscillate between the realization of frescos and the animation of graffiti workshops.

Intrigued by wastelands and abandoned spaces, he dedicated his master's degree in plastic art in 2003 to the Molitor swimming pool in Paris. In 2005, he continued his research by signing the book "Hors du temps" (Out of time), which brings together fifty urban artists working in disused places. His passion leads him to survey the roads in search of these industrial wastelands while continuing to paint Parisian walls. In 2012 he released a second book: "Hors du temps 2" which is a new reference in the French street art scene.

Travels and encounters allow him to integrate several collectives and to regularly participate in festivals around the world (China, Chile, Australia, Spain, Italy...).