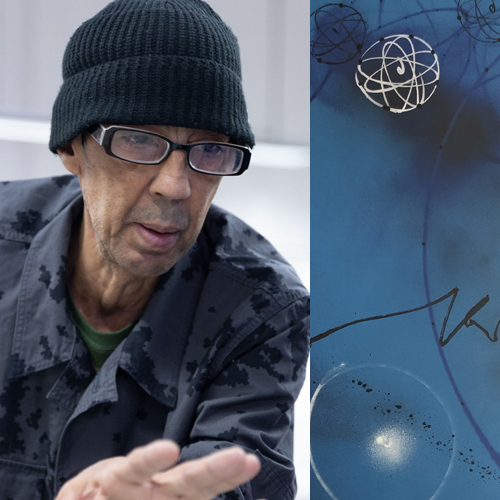 Futura is the pseudonym of Lenny McGurr, born in 1955 in New York. He grew up on 103rd Street in Brooklyn during the boom years of train bombings.

McGurr was introduced to graffiti in the late 1960s and early 1970s while attending school. Inspired by his favorite movie 2001: A Space Odyssey by Kubrick and a book Future Shock written by futurist Alvin Toffler, the young artist chose the superhero pseudonym Futura 2000.   He began painting illegally on New York City subway trains and walls in the early 1970s, becoming known for his radically different approach to graffiti. He introduced abstraction into a previously letter-based art form by covering entire cars on the city's subway trains with his expressive paintings.

Futura can be considered a proponent of some of the most important abstract expressionist ideas. He was the first artist to cover an entire train car with abstract graffiti. Based on more graphic rules, at first, his expressions developed into complex geometry, to reach today a more liberated form, where a freer composition and colors are the basis. A living legend of the graffiti movement, illustrator, photographer, sculptor, stylist and graphic designer from New York, Futura - also known as Futura 2000 - is one of the main actors of the current international urban art scene.

A contemporary of SAMO, Keith Haring, Richard Hambleton, Cope2 and many others, Futura helped define the graffiti movement of the early 1970s by moving it away from lettering and toward a more abstract and painterly style.