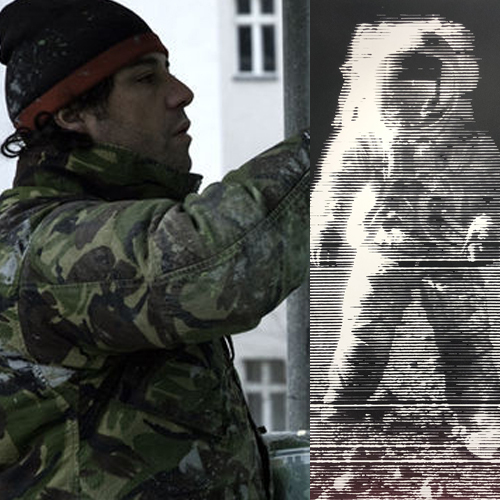 Victor Ash, also known as Ash, is an artist based in Copenhagen and originally from Paris, France. Ash works mainly on canvas, lithography and sometimes installations. Since the late 1980s he has exhibited regularly in various museums and galleries around the world. He began his artistic career in the early 1980s by painting bombs on palisades in the Louvre and around the National Museum of Modern Art in Paris. From 1983 to 1986, Ash was called Saho, then Ash2.

In 1984, Ash was the first to paint in the legendary land of Stalingrad or La Chapelle, which quickly became a gathering place for the Parisian hip-hop movement. Ash was part of the Bad Boys Crew or BadBc with JayOne and Skki. BBC with Bando, Mode2, JonOne, the Alphabet Force are considered precursors of the graffiti movement in Europe. Inspired by the lettering styles of the New York subway murals, most of them started by painting their names with spray paint and tagging in the subway. Together with some stencils like Blek the rat and Miss.Tic, they represent the first wave of street art in Europe.

Ash's early graffiti has been published in several books on the subject, such as Spraycan Art by Henry Chalfant, and more recently in Writers by Marc Aurelius and International Bomb It.