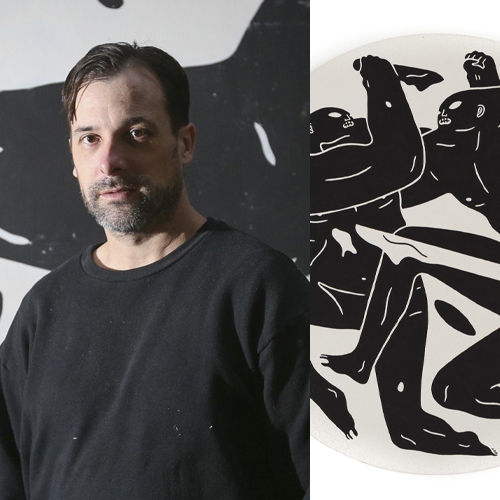 Cleon Peterson was born in 1973 in Seattle. He grew up in a bohemian family environment, encouraging creation. Asthmatic as a child, he practiced drawing during his many hospitalizations. Later, while living in New York, he fell into drugs and did a few stints in prison and a psychiatric hospital. It is from this experience that the artist nourishes his work today.

Urban violence, ghettos and the tension that reigns there are thus at the heart of his works. "I paint a reality that not everyone has experienced but that exists, that is out there.   There is a kind of primary life which goes with this misery, it is what I try to approach in my paintings", confides the artist, without any moral judgment. In parallel to his activity as a painter, Cleon Peterson is a very famous graphic designer in the skateboarding world. In 1998, he joined the Californian team of Shepard Fairey's assistants.

In 2009, he had his first solo exhibition in Los Angeles and has been working on numerous projects ever since. In 2014, he created a 50-meter mural at the Palais de Tokyo.